Lutz spruce is a hybrid between white spruce and Sitka spruce. In Alaska, it occurs in coastal areas of Southcentral where the ranges of white and Sitka spruce overlap. Characteristics of Lutz spruce trees can range between those of the parent species.

Several ornamental spruce species are also susceptible to spruce beetle. They include:

Click on the species above to view species description and identification information.

Under normal population levels, spruce beetles live and feed in recently downed trees such as those blown down during wind events. If enough of this material is present and other conditions are right, populations can increase to high levels and beetles may attack standing trees.

When standing trees are attacked, larger diameter and slower growing trees are usually attacked first. Trees that are stressed by climate conditions, such as drought, and trees that are damaged by factors such as other insects or fire are typically more susceptible to spruce beetle than otherwise healthy trees.

Conditions that can contribute to population increases include:

Ornamental and landscape trees are particularly susceptible to spruce beetle because of the general stressed nature of ornamental trees. Trees growing in landscape settings may be more water, nutrient, or oxygen stressed; their roots are in competition not only with other plants and turf in the area but also with roads, driveways, and buildings; and soil conditions may be warmer or more compacted than their forested counterparts. These conditions can result in slower growing, stressed ornamental trees even if they look otherwise healthy.

How to ID an infestation

Needle cast may be caused by one of a handful of fungi that infect needles. Once the infection occurs it can take a year or so before the symptoms are noticeable. Needle casts can be differentiated from spruce beetle needle color change because needle cast tends to be observed on interior needles of the branch while the most recent year of growth remains green. Needle cast can occur on any size tree.

Engraver beetles, also sometimes called Ips beetles in reference to the genus name, are related to spruce beetles and have some similar habits and biology. Symptoms of engraver beetle attacks can be similar to those of spruce beetle making it difficult to distinguish between the two. In standing trees the main difference is often how quickly the needles change color after an attack. For engraver beetles needle discoloration occurs by the end of the first summer after an attack, while spruce beetle infested trees don’t usually change color until the following spring. This is not necessarily the most reliable way to determine the cause of damage; therefore, knowing the tree’s history, noting all tree health symptoms, and finding adult beetles should all be pursued before making a diagnosis.

One insect that is commonly referred to as “spruce beetle” but is not, is the whitespotted sawyer. These beetles are large beetles with a distinct appearance and while they live and feed in spruce they are not causing damage to living trees. Whitespotted sawyers typically live in already dead material.

Several types of insects live and feed in trees. We’ve mentioned two above (engraver beetles and whitespotted sawyers). Some are very similar to spruce beetles, but cause little to no damage and do not infest living trees. Other bark beetles, ambrosia beetles, and woodborers may be found in trees. Tunnels that go into wood, versus those that stay on the face of the wood beneath the bark, are likely the result of ambrosia beetles and/or woodborers. These are not usually a concern for living trees but can be problems in areas that store logs for commercial processing. Several other species of bark beetles may be found under the bark during different stages of the tree’s decay. Spruce beetles are the largest bark beetles found in Alaska.

Other conditions can result in needle drop in the tree canopy. Drought, root damage, and chemical damage can all lead to needle discoloration and drop in spruce trees. There can also be some bit of natural needle drop within spruce trees. Over time, a tree may not need all of the needles it has ever produced in its life and will shed those that are not as efficient or productive. The presence of spruce beetles and the history of the tree are the best ways to distinguish between these conditions and spruce beetle damage.

It is also important to note that there is always the possibility for more than one of these pests or conditions to be occurring simultaneously. Take the time to check your trees and note observations of health before determining cause. 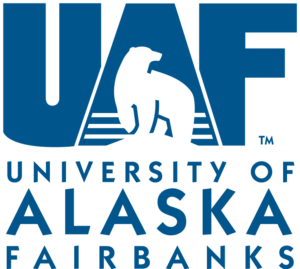 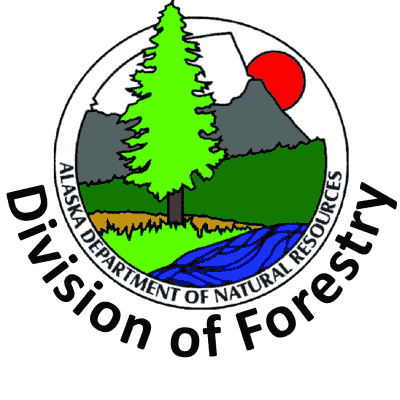